Kurt Russell‘s been laying pretty low as of late, making just one movie in the past five years. But as his character says in the trailer for Jonathan Sobol‘s The Art of the Steal, now he’s ready to go back to work.

The caper comedy is one of two that Russell has due out next year, the other being Fast & Furious 7 (well, at least until Universal gets around to changing that release date). Russell stars as a third-rate motorcycle daredevil and sometime art thief who puts together an Ocean’s 11-style team to pull off a heist involving one of the most valuable books in the world.

The first trailer has just been released, and you can check it out after the jump. Matt Dillon, Jay Baruchel, Chris Diamontopolous, Kenneth Welsh, Jason Jones, Katheryn Winnick, and Terence Stamp also star.

END_OF_DOCUMENT_TOKEN_TO_BE_REPLACED 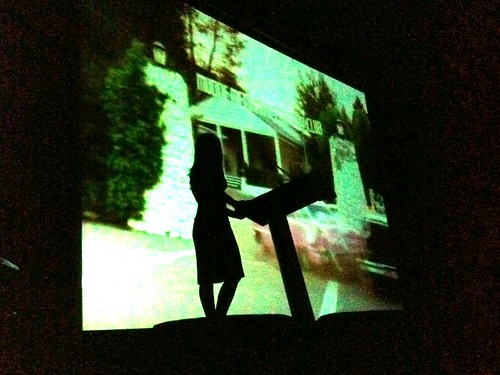 Lots of cool film-related stuff happens in Boston, Massachusetts and not that many people are here to document it, preserve it and spread the word about it. Special screenings, Q&As, panel discussions — we have them all, and frequently too. /Film Boston aims to be a bi-weekly column that will bring you audio and video content from film-related events around the Boston area. If you don’t live in Boston, I hope that this column will give you a window into some of the cool stuff that happens here regularly. If you do live here, hopefully you’ll come here to get the heads-up on what’s been going on, and what is to come.

After the break, an interview with director Bong Joon-Ho and a panel discussion with Elvis Mitchell and Jonathan Demme. Plus, I chat with Nick Argott, the director of The Art of the Steal. [Above photo: Screenwriter Jenny Lumet stands at the podium on the stage of the Coolidge Theater, while a Jonathan Demme montage plays on screen]

END_OF_DOCUMENT_TOKEN_TO_BE_REPLACED

The Quarantine Stream: I Just Want to Take a Year Off From Everything and Watch ‘Columbo’

Revisiting ‘Oklahoma!’, a Problematic and Influential Technical Marvel That Reshaped the Movie Musical

‘The Conjuring: The Devil Made Me Do It’ Director Michael Chaves Wants to Take the Warrens, and the Franchise, Where They’ve Never Gone Before

The Quarantine Stream: The Team Deakins Podcast is Like a Free Audio Version of Film School