In this edition of Theme Park Bits:

END_OF_DOCUMENT_TOKEN_TO_BE_REPLACED

The Morning Watch is a recurring feature that highlights a handful of noteworthy videos from around the web. They could be video essays, fanmade productions, featurettes, short films, hilarious sketches, or just anything that has to do with our favorite movies and TV shows.

In this edition, Pierce Brosnan and the child cast members (now all grown up) of Mrs. Doubtfire for an extensive chat on The Today Show. Plus, high school and college students watch Seinfeld for the first time to decide whether or not it holds up, and Alexander Skarsard looks back at his career, including that perfect role in Zoolander. END_OF_DOCUMENT_TOKEN_TO_BE_REPLACED 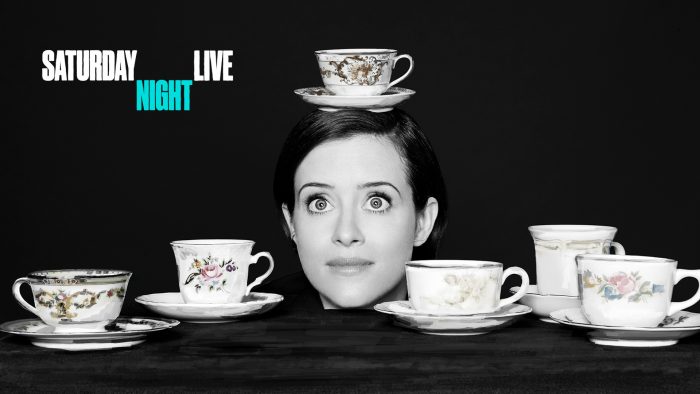 Claire Foy has only recently found fame in the United States thanks to her starring role in The Crown, not to mention leading The Girl in the Spider’s Web and a pivotal supporting role in First Man. But she brought her acting skills to Studio 8H in an impressive way for her hosting debut on Saturday Night Live, doing what great hosts do by blending in with the rest of the cast. She wasn’t always given much to do in some of the sketches, but the ones that did benefited greatly from her presence.

So let’s dig into the best and worst sketches of the Claire Foy hosted Saturday Night Live.

END_OF_DOCUMENT_TOKEN_TO_BE_REPLACED

The Paladins are entering their final battle. Netflix has released the trailer for the eighth and final season of Voltron: Legendary Defender, which is set to premiere on the streaming service in December. And the stakes are higher than ever in thistrailer, which sees the Paladins joining together one last time to “save all of existence.”

END_OF_DOCUMENT_TOKEN_TO_BE_REPLACED

How do you recapture the magic of a classic movie like Mary Poppins? By casting a lead actress who is practically perfect in every way. Emily Blunt gets the spotlight in the latest Mary Poppins Returns  featurette released by Disney, which delves into how the story continues for the magical nanny and the Banks children.

END_OF_DOCUMENT_TOKEN_TO_BE_REPLACED

Laurel & Hardy were one of the most famous duos of all time. While their antics on-screen were light, fun and hilarious, behind the scenes, Stan Laurel and Oliver Hardy had some serious drama between them as they came to terms with the end of their careers. That’s what the new biopic Stan & Ollie focuses on, following the duo (played by Steve Coogan and John C. Reilly respectively) as they embark on a variety show tour in the United Kingdom in 1953, and a new featurette takes a closer look at this touching story.

Watch the Stan and Ollie featurette below. END_OF_DOCUMENT_TOKEN_TO_BE_REPLACED

In this edition of Sequel Bits:

END_OF_DOCUMENT_TOKEN_TO_BE_REPLACED

Take a deep whiff of that crisp almost-December air. Are you as excited as I am? With good tidings and thoughts of Saint Nick comes my favorite cinematic obsession – CHRISTMAS HORROR MOVIES! All that “Joyeux Noël” spirit just with sharpened candy cane daggers, bomb-rigged presents, and even professional wrestler Bill Goldberg as a stark-raving-mad killer Santa. You can keep your white Christmases; I’ll take mine blood red.

This year, Glass Eye Pix and curator Beck Underwood have reanimated their “Creepy Christmas Film Festival” after a ten-year dormancy. The premise is simple. Underwood gathered a collective of ambitious genre filmmakers and asked them to create their own Christmas Horror themed short films. Every day until Christmas Day – we’re talking December 1st to 25th – a new Christmas horror short will premiere online as part of a digital advent calendar withholding cheery chaos (which you can find here). Bookmark it, check back during lunch or each morning or before bedtime, unwrap a new gift. END_OF_DOCUMENT_TOKEN_TO_BE_REPLACED

Cary Joji Fukunaga will soon be bringing his considerable talents to Bond 25, having replaced previous director Danny Boyle. While Bond 25 is still very much in development, rumors regarding the plot have already sprung up. Rumors that Fukunaga has no problem shooting down. But while the specifics of Bond 25 are still a secret, Fukunaga has confirmed that the film will still be following the arc that started with Casino Royale.

END_OF_DOCUMENT_TOKEN_TO_BE_REPLACED

Scottish filmmaker Lynne Ramsay, who turned heads earlier this year with the Joaquin Phoenix thriller You Were Never Really Here, has revealed a few more details about her next film – and she’s heading into horror territory. Read more about the upcoming Lynne Ramsay horror movie below. END_OF_DOCUMENT_TOKEN_TO_BE_REPLACED

The Quarantine Stream: ‘Eternal Sunshine of the Spotless Mind’ is Either Bleak or Hopeful, but It’s a Masterpiece Either Way

The Quarantine Stream: ‘The Titan Games’ is a Cheesy, Inspiring, and Downright Wholesome Reality Competition Show

Exclusive: See the Real Magical Gardens in the U.K. Where ‘The Secret Garden’ Was Filmed

The Quarantine Stream: ‘Orphan’ Wants You to Know There’s Something Wrong with Esther

The Quarantine Stream: ‘Little Woods’ is an Astonishing Debut Feature From Nia DaCosta That Shouldn’t Be Overlooked